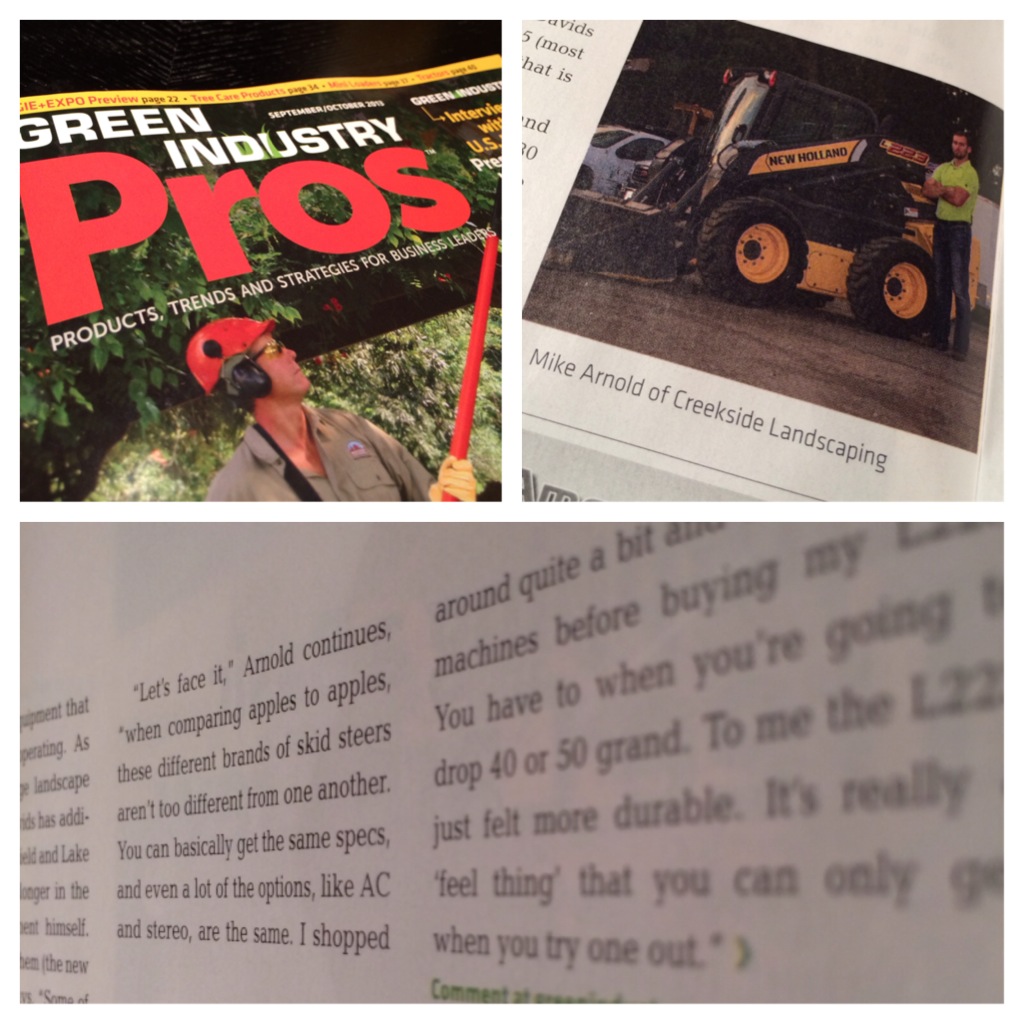 New Holland’s 200 Series Skid-Steer Loaders are offered in seven models ranging from 43 to 84 hp with bucket breakout forces of 4,150 to 8,585 pounds. Additionally, these skid steers are powered by Tier 4 Final engines, which means they comply with the latest EPA emission requirements for diesel engines of this size.

Landscape contractor Bill Davids, president of Clarence Davids & Company based in Matteson, IL, purchased five machines (L225 model) this past fall. While those machines are powered by engines classified as “Interim Tier 4,” Davids plans to purchase another L225 (most recent version) later this year that is Tier 4 Final.

“We’ve been using New Holland equipment for the past 25 or 30 years,” Davids relates, “and we’ve been working with the area dealer, Martin Implement, for around 50 years. It’s important that we’re buying from vendors we know and can count on for support.”

Davids also wants equipment that his crews will enjoy operating. As the president of a large landscape company (Clarence Davids has additional branches in Plainfield and Lake Vila, IL), Davids is no longer in the field operating equipment himself. “But my guys just love them (the new skid steers),” Davids says. “Some of the models we bought have air conditioning and radios, and all of them have enclosed cabs. Serviceability is also much better.”

Mike Arnold of Creekside Landscaping, which serves Northwest Indiana, bought a model L223 earlier this year. Arnold also cites serviceability as a deciding factor in his purchase decision. “This skid steer has been doing a great job for us this year,” he says. “I really like how accessible everything is. For example, the back panels are really easy to take off to get at the battery and air filter.”

Uses and other buying considerations

In addition to a bucket, Arnold purchased a set of pallet forks with his L223. He’s primarily using the machine to haul bins of mulch around his storage yard, and pallets of brick around jobsites. “There was also one instance where a customer had a huge decaying tree in his yard. I used the bucket to dig the roots out,” Arnold tells.

Davids’ crews are also using their new skid steers to haul hardscape materials around jobsites. Additionally, they’re spreading dirt and stone, grading, and planting trees. This winter they’ll be plowing snow. “We plan on getting 5,000 hours out of each skid steer over the next 10 or 12 years,” Davids says. “A side benefit is that New Holland skid steers seem to have decent value at the end of their life. We usually recoup several hundred dollars per skid steer. There’s a lot of demand for used machines.”

Arnold didn’t take his skid-steer investment lightly either. “I’ve been in many different machines during my career,” says Arnold, who at just 24 has been in landscaping for several years. “Before I started my company, I worked for other landscape companies. The thing I like about these New Hollands is how easy to control they are. They’re also durable and have good lifting power.

“Let’s face it,” Arnold continues, “when comparing apples to apples, these different brands of skid steers aren’t too different from one another. You can basically get the same specs, and even a lot of the options, like AC and stereo, are the same. I shopped around quite a bit and drove a lot of machines before buying my L223. You have to when you’re going to drop 40 or 50 grand. To me the L223 just felt more durable. It’s really a ‘feel thing’ that you can only get when you try one out.”